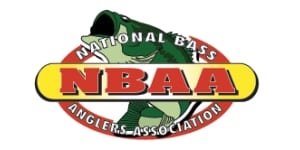 2014 Michigan State Championship and NBAA One on One National Championship heads to Alpena, MI on Hubbard Lake, September 19-21, 2014

PONCA CITY, Okla. (June 26, 2014) –The National Bass Anglers Association, (NBAA) in partnership with the Alpena Area Convention & Visitors Bureau are pleased to host the 2014 NBAA Michigan State Championship and the One on One National Championship.

Registration and Rules meeting for all NBAA MI State Championship qualifiers will be Friday September 19th from 3:30 p.m. to 5:45 p.m. with a mandatory rules meeting immediately following at 6 p.m. The MI State Championship is a one day event made up of the top eligible anglers from all NBAA division in the State of Michigan.  They will compete on Saturday, September 20 on renowned Hubbard Lake, launching from the North Boat Ramp at 7am with the first flight due back in by 3pm.  Registration and Rules meeting for the One on One National Championship will take place immediately following the MI State Championship weigh-in at the NBAA Trailer. One on One contender’s will compete for their National Championship title on Hubbard Lake, Sunday September 21st at 7 a.m. with the first flight due back in at 3pm. 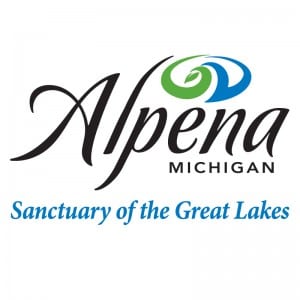 “NBAA is excited to partner with the Alpena Area Convention & Visitors Bureau to host these events at this first class venue.” Stated NBAA tournament director Shane DuBois. “We are very excited that NBAA members will be able to fish on such a great centrally located fishery that Hubbard Lake is and with the full support of the Alpena Area Convention & Visitors Bureau. It will be a great event not only for our members, their families and friends, but for everyone involved.”

The Alpena Area Convention & Visitors Bureau president Mary Beth Stutzman shared in the excitement saying, “Alpena is thrilled to welcome some of Michigan’s finest bass anglers to Hubbard Lake. This lake is a great sport fishery and we know that our bronze backs will give the anglers a good fight. We especially enjoy hosting events that highlight our local natural resources and are pleased to share this lifestyle with the greater fishing community.”

NBAA is a one of a kind national tournament organization that sanctions local grassroots circuits, tournaments and fishing events nationwide. NBAA has programs for week night\day jackpots, weekend events and one on one event’s alike and provides a state championship in every state where an active NBAA division resides.  All state championships feed into a national championship held in the spring each year where the top prize is a Ranger Boat equipped with a Evinrude outboard and decked out with  Hummingbird and Minnkota  products a small portion of each local division entry fees goes to fund the national championship so there is also a sizable pot of cash for the anglers to fish for. Founded in Michigan, NBAA is growing nationwide as more and more anglers are looking for low cost events, held close to home most of the year, where they can sleep in their own beds at night and still have a good opportunity to advance and fish large state and national event once or twice a year.

Nearly 100% of all NBAA entry fees are paid back throughout the year, more than 100% including cash and prizes. For example a NBAAA overtime division (less than 4 hour event) entry fee is only $40 payback at the ramp is 70%, each NBAA local director gets a small per boat fee (less than 10% or $3 per boat) to conduct the event, pay for equipment and permits, paperwork and postage and the balance goes to support the state championship and national championship.  Two dollars out of every entry fee, every week, for every entrant, goes right back to each state championship prize pot to help bolster the state championship payout!

To get signed up for the Michigan State Championship, you must qualify through a local NBAA division: PRE-REGISTER ONLINE at www.nbaa-bass.com. Registration will open around mid-August as we start getting compiling qualifying results from each director. The best way is to pre-register online at www.nbaa-bass.com.

One on One National Championship: Saturday September 19th at the NBAA Weigh-In Trailer concluding the MI State Championship Weigh-In.

MI State Championship: Saturday September 20th at the Hubbard Lake North Boat Ramp. Launch at 7 a.m. or first safe light, with the first flight due back in at 3 p.m.